“To be successful in manufacturing, you really need an excellent job cost system, which Realtrac has provided for us.” 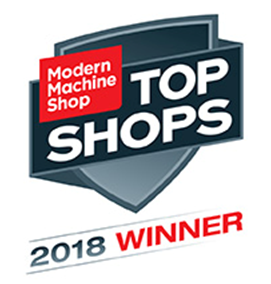 Hastreiter Industries is a machine shop in Marshfield, Wisconsin. Founded in 1988, they had worked largely under the radar until 2018, when they leapt into the public scene by winning Modern Machine Shop’s “Top Shop” award title in the Human Resources category and a featured position on the cover of the magazine’s September edition. However, the road from a small shop to Top Shop was not so cut and dry.

For 28 years, Hastreiter focused on CNC turning with only some support milling capabilities. Owners Ken and Sondra wanted to use their business to make an impact in society, which led them in 2013 to begin donating 50% of their net profit annually.

However, they wanted to make a more direct impact beyond philanthropy alone. They developed a plan to establish a nonprofit which would mentor individuals coming from challenged backgrounds. Training would be provided in interpersonal and life skills, and the business would be used to teach them a trade skill, enabling the participants to stand on their own personally and economically. The problem was that Hastreiter Industries was too small to have the work and training capacity to make this new impact.

The company was kicked into overdrive when Ken and Sondra’s sons joined the company in 2016, to help determine the path forward. 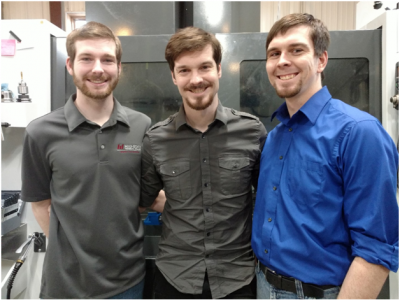 Upon internal review, Hastreiter Industries determined they had advanced CNCs but were lacking on the software front. They had solid accounting and shop floor performance, but their processes were not scale-able for growth. The way a smaller company naturally functions does not generally meet the requirements needed to successfully run a large company. Upon establishing where improvement was needed to facilitate expansion, new goals were required to put the expansion plan into action.

Hastreiter needed to create new systems to handle expansion without losing performance from the increased complexity in business operations. In late 2016, growth came in the form of re-entering the aerospace market via 5 axis milling. As powerful and efficient 5 axis milling is, Hastreiter Industries realized they needed an equally capable method of tracking performance and maintaining their developing processes. Hastreiter Industries started an in-depth evaluation of 8 different ERP systems, researching to the point one rep said, “I’ve never had someone be as thorough as you!”. In the evaluation, some main requirements sought were to:

The system that won hands down was RealTrac and implementation started in early 2017. Gone were the days of mere pen, paper, and spreadsheets as Hastreiter Industries began formalizing their quoting system through RealTrac. Once a job was won, it would go directly from quote to shop floor where machinists would clock in and out of each operation. Hastreiter was then able to use RealTrac to track the value, on a per job basis, for jumping into 5 axis machining. The RealTrac system provided good data, a critical component for making decisions, which is why an overall cost summary gets printed and analyzed after each job. 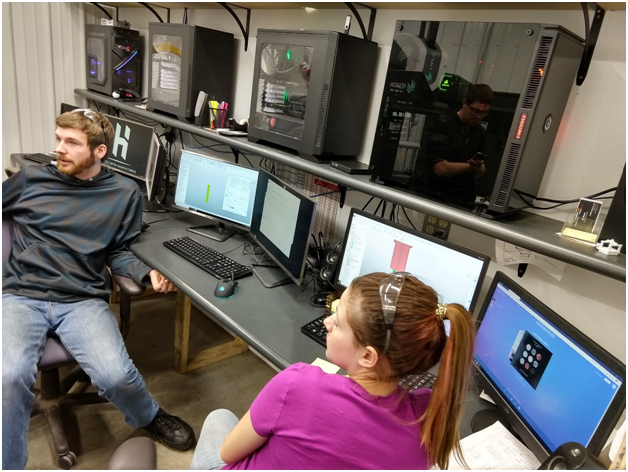 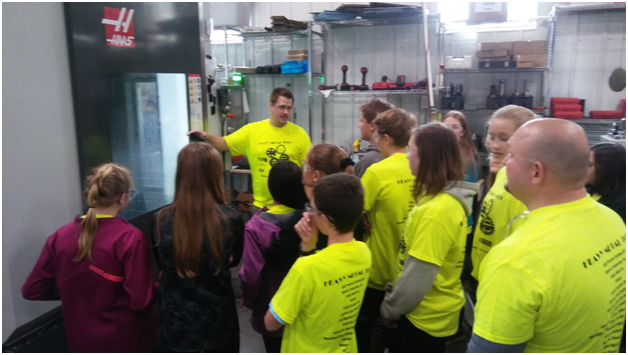 As a job shop producing low to medium volume machined parts, a job could take anywhere from two hours to a few weeks. Before RealTrac, there was no way to efficiently track and compare the actual time in production versus the amount of time quoted. Additionally, when operations take as little as a few minutes to complete, having operators take more than a few seconds to enter data would be too costly. RealTrac’s Shopfloor client, collectively referred to as “blue car” for its desktop icon, has had no issues keeping up with the machinists.

The Shopfloor client isn’t just for operators; it doubles as live shop floor visibility for Hastreiter’s managers. “When Hastreiter was smaller, everyone just kind of knew where everything was at any given moment,” says Kylan Hastreiter, Vice President “That isn’t the case anymore as we’ve added a second building and a lot more people.” The Shopfloor screen displays the name of every operator and programmer, what job they are currently working on, as well as color-coded job statuses for quick information digestion. Primarily, this gave feedback to the operators as to their own personal performance. Previously machinists had no live feedback on the target time per operation. Use of RealTrac has also provided machinists with estimated times on the job’s router, including programming, setup and operating times. Hastreiter Industries finds this to be an important tool which pairs well with the decentralized structure of the company, as they choose to equip their machinists with as much information and as many tools as possible to allow them to work independently.

Hastreiter Industries did not have a formal router before RealTrac. Previously, machinists were given prints that included purchase order and line number, quantity, material and finishing requirements. A company composed of a small, experienced crew doing low volume repeat work meant that machinists simply knew what all the operations were by heart. However, it was obvious that this needed to change as Hastreiter added new customers and employees. Such changes Realtrac provided have helped streamline communication, thereby reducing growing pains.

Post evaluation, one of Hastreiter’s customers, a division of a Fortune 500, stated, “when you get a system, embrace it 100%” – which is why getting a great system is so critical. RealTrac was implemented across other areas of the company such as material inventory/tracking and overall was used to formalize dozens of processes. The bigger you get, the more formal you must become. The stereotype is that the more formal the structure the stiffer the system becomes, but that has not been the case. “The main beauty is that while we’re embracing it 100%, it embraces us back. We don’t have to bend over backward to make it fit us, it’s a pretty easy system to use,” says Kylan, “plus the service has been solid for if we do have a question.”

RealTrac was everything Hastreiter Industries needed, functioning with a streamlined efficiency that kept even the machinists clocking in and out of each operation happy. With RealTrac as its business system, Hastreiter has more than quadrupled in personnel since 2016. Implementation posed minimal strain, allowing them to take growth at their own pace. Scale-able processes have been developed and they will be getting ISO 9001 and AS9100 certification this year. Supported by a dependable ERP system,  Hastreiter Industries has become well equipped for the continual growth needed to hit their goals of impacting their community.

START YOUR OWN SUCCESS STORY

Realtrac’s Shop Management System is easy to learn and use, and it boasts the lowest total cost of use on the market.

With a quickstart implementation, Realtrac software is offering real results in just a few days, as compared to weeks or months for other similar solutions.

Realtrac is a completely integrated shop system that is real quick with real profits.

Our quickstart implementation get's you up and running in just a few days.

Realtrac allows your business to stay on top of job, labor, vendor, and customer tracking.